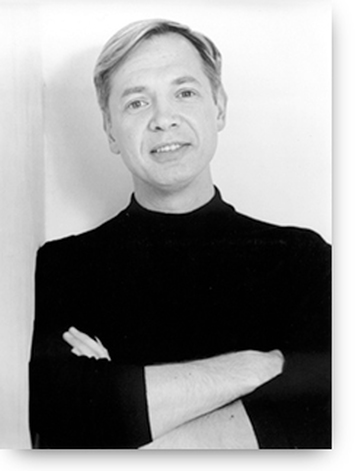 Yefim Maizel has directed and assisted in the former Soviet Union, in Europe, in Japan and in the U.S. at the Metropolitan Opera, San Francisco Opera, Washington Opera, Mariinsky Opera, Wexford Opera Festival, Saito Kinen Festival, Santa Fe Opera, Opera Pacific, Michigan Opera Theater and Opera Santa Barbara.
​
Yefim just finished directing a production of Verdi’s “Il Trovatore” in Kazan, Russia in Fall of 2015. The production has had great success both with critics and audiences. A prestigious opera festival named after Chaliapin in Kazan Opera Theater, Russia will be opened with this production on the 1st of February, 2016.Yefim Maizel will be directing a comedy gem ‘L’Heure Espagnole”, by Ravel for the Opera Academy of California in 2016.

OPERA ACADEMY OF CALIFORNIA
In 2005, Mr. Maizel established the Opera Academy of California (OAC), a non-profit 501(c)3 educational organization, where he serves as CEO, Artistic Director and Stage Director. In 2011, in addition to intimate theater performances, master classes, opera appreciation classes and programs for children, OAC opened the first Summer Program for Emerging Singers, which became one of the cornerstones of the OAC’s vision of ensuring that opera as musical theater remains alive and relevant.

In the years 2011-2014, Yefim directed for OAC productions of:  La Voix Humaine (Poulenc), Pagliacci (Leoncavallo), Il Giasone (Cavalli), Don Giovanni (Mozart), Gianni Schicchi (Puccini) and L’Etoile (Chabrier).  In 2009 – 2006, OAC produced: a training program for children culminated in performances of a Childrens' Opera Program with scenes from Russian and French operas; 3 performances of a Winter Season in Opera, with scenes from the rarely performed La Boheme by Leoncavallo and with scenes from Russian operas by Rimsky-Korsakov and Tchaikovsky; Gems of Russian Opera, a performance and master class for singers that was open to the public; Happy Birthday, Mr. Mozart!, an exciting evening of Opera Scenes from five Mozart operas - in celebration of Mozart's 250th Birthday. In January of 2006, OAC performed The Impresario (Mozart) at the Annual Gala of the East Bay Chapter of the San Francisco Opera Guild. In October 2005, Yefim directed first OAC's Opera Scene Program for Halloween -- Spooky Times: Witchcraft and the Supernatural in Opera.

REGIONAL OPERA COMPANIES
Besides working for the Metropolitan Opera, Mr. Maizel directs at the regional Opera Companies in the US. In 2012 - 2009, he directed Aida (Verdi) for the West Bay Opera, The Merry Widow (Lehar) at the Opera Santa Barbara and La Traviata (Verdi) at the Connecticut Lyric Opera. In 2008 - 2006, he directed productions of La Boheme (Puccini) for the Livermore Valley Opera, The Merry Widow (Lehar) for the West Bay Opera and Un ballo in maschera (Verdi) at the Opera Santa Barbara.

NOTRE DAME DE NAMUR UNIVERSITY
In the Fall of 2012, Yefim joined the Faculty of the Music Department at the Notre Dame de Namur University and directed a production of Die Fledermaus (Strauss). In 2011, also for the Notre Dame, he directed Hansel & Gretel (Humperdink).

﻿CALIFORNIA STATE UNIVERSITY AT SACRAMENTO﻿
In the Fall of 2007, Yefim joined the Faculty of the Music Department at the California State University at Sacramento. He worked with the students on the Opera Scenes Program which was performed on the 10th and 16th of December 2007.

ACTING STUDIO FOR SINGERS IN SAN FRANCISCO
Mr. Maizel spends a great deal of time working with young singers. He has a studio in San Francisco where he coaches singers on audition techniques and prepares them for performance of an aria, scene or a complete role. Yefim regularly leads workshops and master classes for singers with invited audiences. He also teaches opera appreciation classes for those who would like to enhance their knowledge and enjoyment of opera.